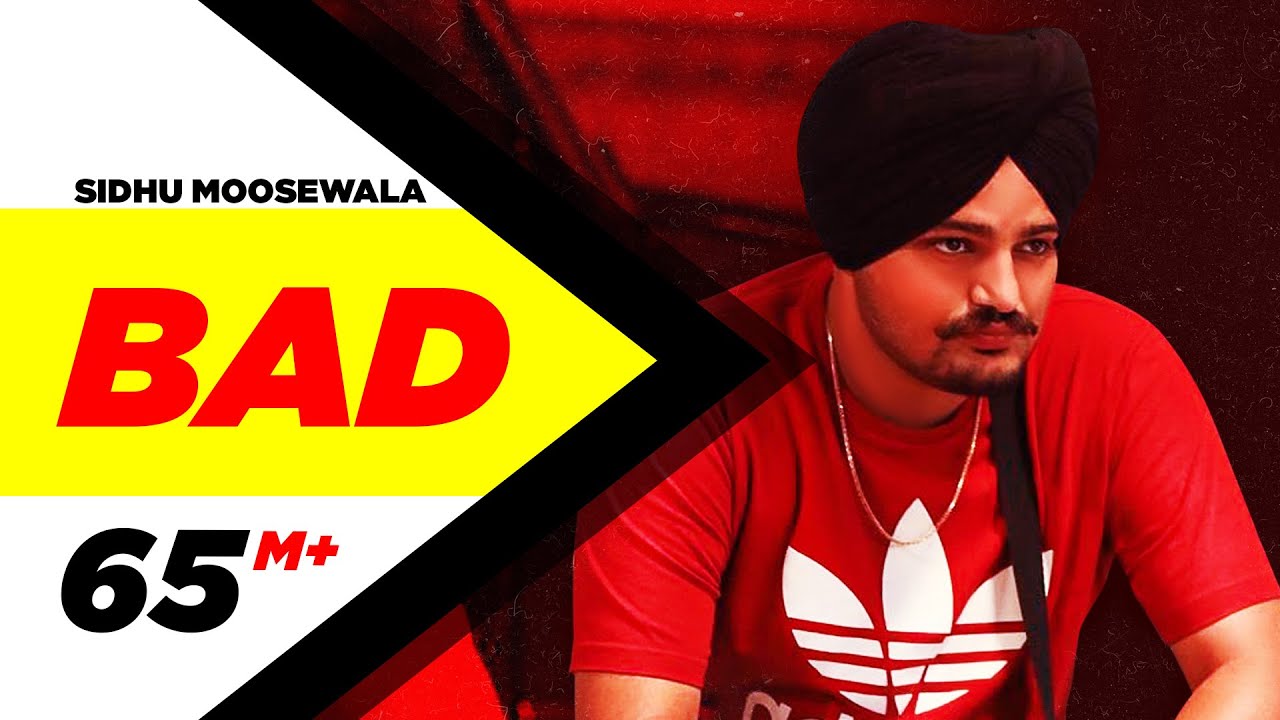 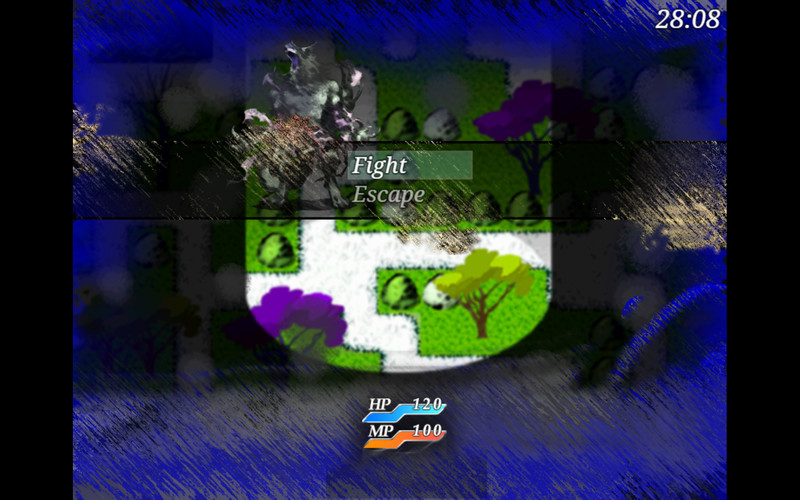 
On The Path - is an RPG with elements of camp development
and a philosophical implication,
your main enemy here is the Time Limit. 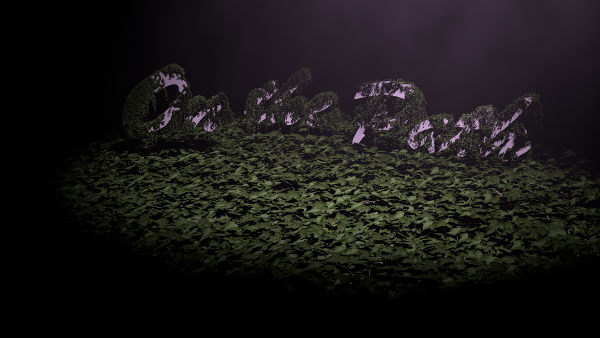 On The Path - was planned as an experimental project on RPG Maker. The idea of ​​the gameplay was to create one-and-a-half hours sessions with the development of Base, in a genre that resembles strategy. The session could have been lost, and the JRPG element should not have been decisive - the player's actions on the map should be decisive. This was stimulated by the idea of ​​creating two simultaneously decreasing timers and their replenishment should be tied to different parallel actions. All this was added with an extravagant storyline, which combined - as a basis - a fantasy on the theme of Taoist philosophy and the russian fairy-tales of Koschei and Vasilisa the Wise - as an unexpected, unpredictable move. The game was to introduce the player into a stressful state with the simultaneous choice of many gameplay goals and the constant need to follow the time. We are glad to present you what happened as a result ! During the updates, the game was repeatedly redesigned and redrawn.

On The Path - is a game based on ancient russian fairy tales and taoism of Lao Tzu , it takes place in a world where women and men with magic talents, which represent Yin and Yang, fight against each other. Some madness mix. And, yes, you play as Koschei the Deathless.


The plot in the game narrative is represented by a fairly extensive opening cutscene and two alternate endings, one of which is true to the Ideology (the second ending).

The pressure of the time running out and the urgency of tactical decision-making are waiting for you in the Forest that holds the secrets of the Stones, creatures and the Meaning of Life. However, these secrets are not for everyone . . . 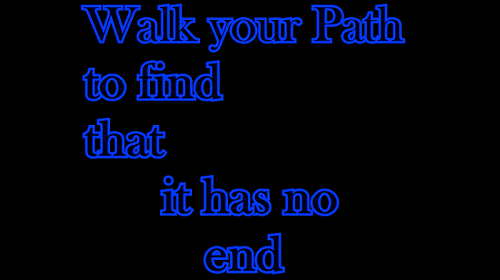 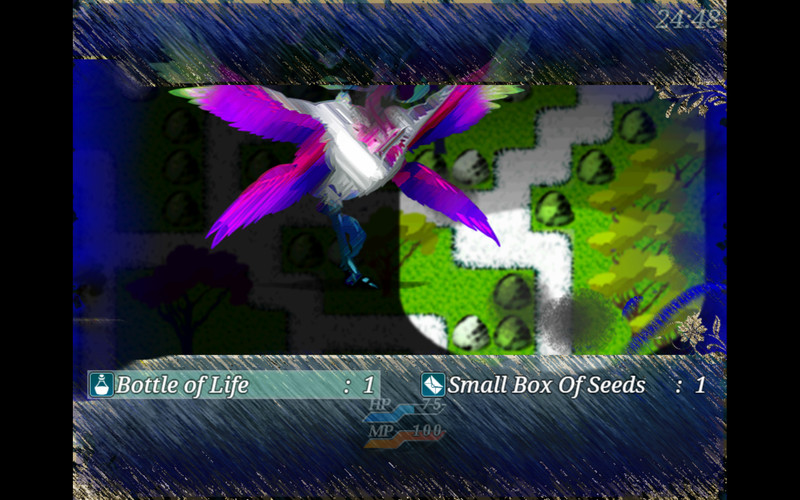 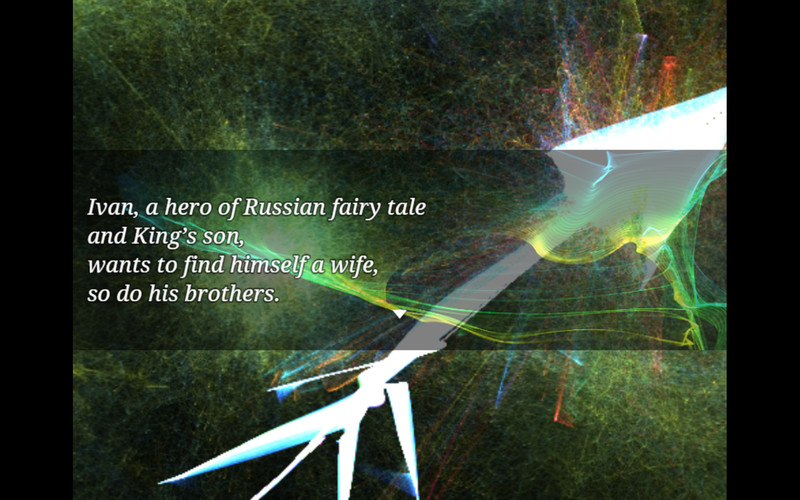 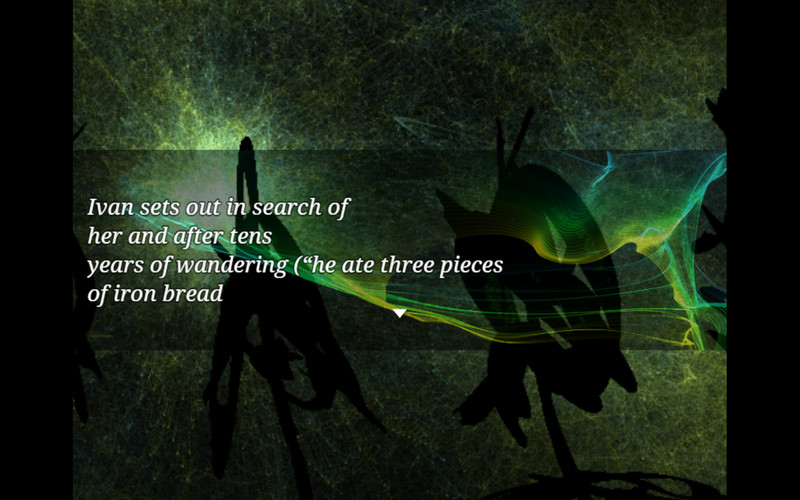 I like strange indie games, but that was too much even for me. "On the Path" is one of the weirdest RPG Maker MV games I've ever seen on Steam - it seems like the author went too far either in chase for "originality" or in the pursuit of "their own vision". Anyway, the result is just insane.

Judge for yourself. Everything starts with five-minute intro sequence that consists of lots of text screens and a relatively short interactive scene with long-winded dialogues that feels more like a kinetic novel. That intro sequence presents totally bizarre plot that mixes russian fairy-tales with Chinese philosophy, and this story is really hard to follow (alas, the intriguing idea ended with a poor realization). Equally bizarre art-style of the in-game world looks both popeye (because of harsh contrasting color palettes) and surprisingly creepy - maybe it wasn't intended by the author, but "On the Path" feels like some kind of a psychodelic horror game.

And now, the most crazy thing: all of this looks like something "bearable" in comparison with inexpressible convoluted, counterintuitive rules of the game (that appears to be a strategy game!) which fall down on the player in a text form right in the beginning of the first level - without proper tutorial levels or any other type of training stages! No surprise that "On the Path" is not popular on Steam - it doesn't care about the player who only started it and still didn't invest enough time in it to be prepared for such a hardcore gameplay! That's understandable if player will ask for a refund after 20 minutes of playing - who starts the game with such a difficulty? Who makes even the basic rules so hard not only to follow, but even to memorize?..

This game feels like a bad trip. Graphics, story, endless intro sequence, rules that are simply impossible to remember even after a couple of readings - everything in "On the Path" is so "unusual" that I can call it "unbearable". I don't even know who might like this game in its present state - the colorblind person who, for some reason, will want to understand the overcomplicated rules just to play the obstinate game that punishes him or her for every mistake? OK, maybe the author likes this graphics - let's forget about the pain in my eyes - but the gamedesign obviously needs a change to make the project more friendly not just "to broad audience", but simply "to any audience". For now I can't remember any other RPG Maker game that combined such a repulsive visual style with such a repulsive gameplay. It's even remarkable in it's own way, but 0.3 hours of the game was enough for me.