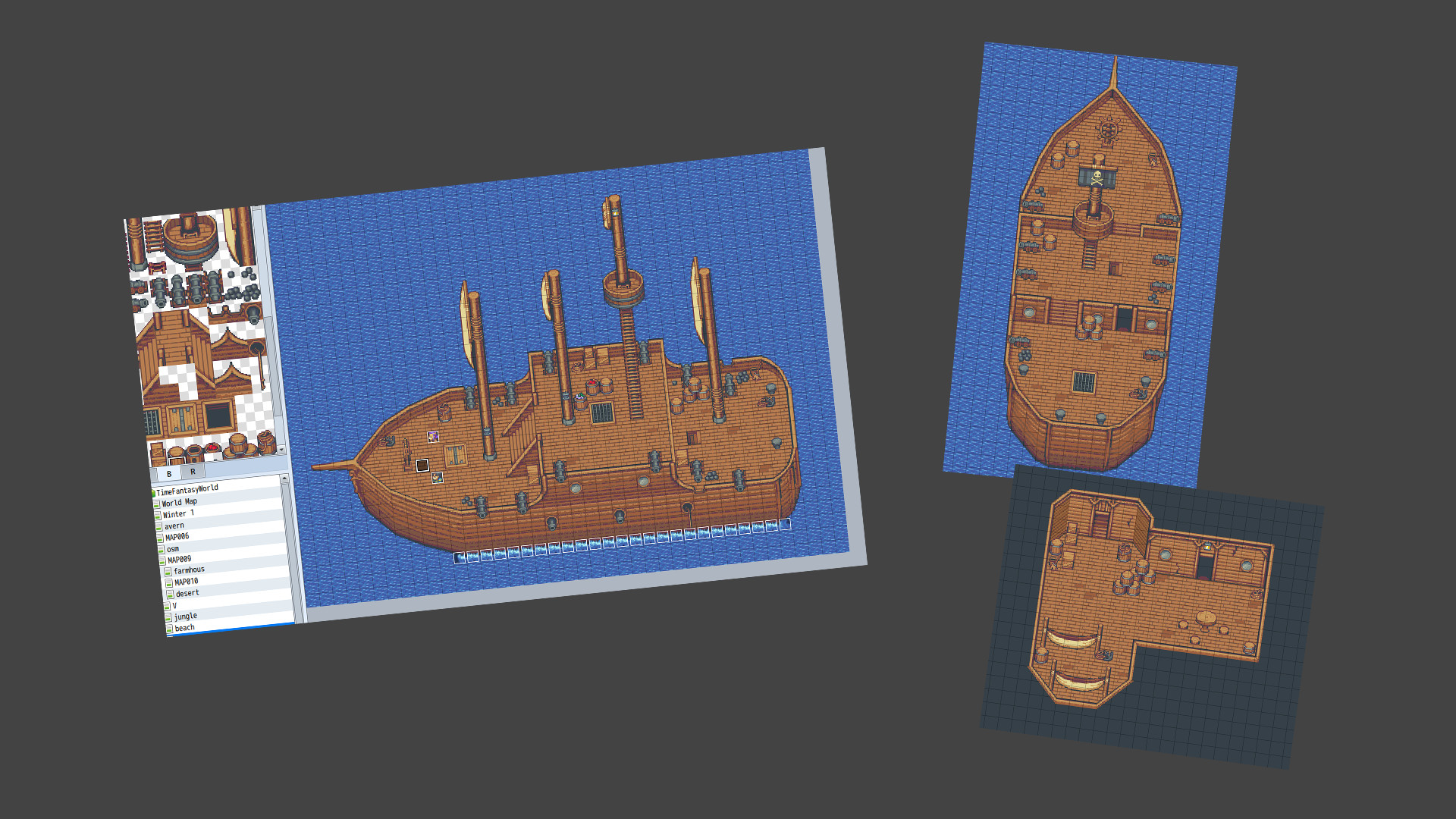 A graphics expansion with new tilesets and sprites in the classic pixel style of Time Fantasy! Connect your world by creating ships of any size, and take to the seas with vehicle sprites including boats, pirate ships and airships!

The long-awaited expansion takes Time Fantasy to the seas! Finally your players can fully explore your world with vehicle sprites for boats, ships, pirate ships and airships. This pack includes tilesets to build ships-- ships that can face east, west, or vertically. Create interior cabins and storage spaces, and build upwards with tall sails and pirates' crow's nests. The set even includes animated sprites of spraying water to bring your ship to life as it cuts through the ocean. 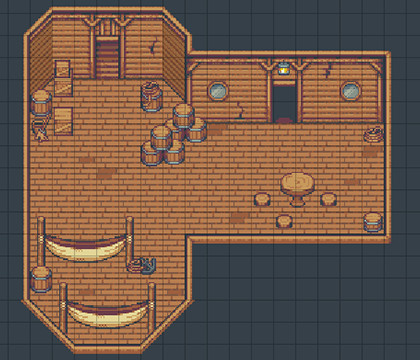 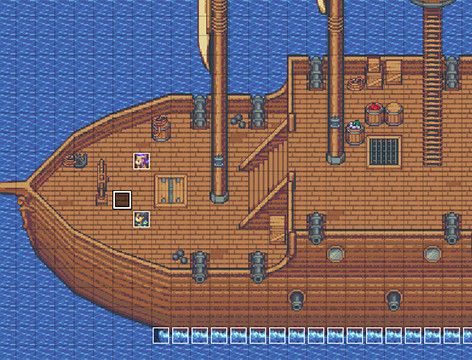 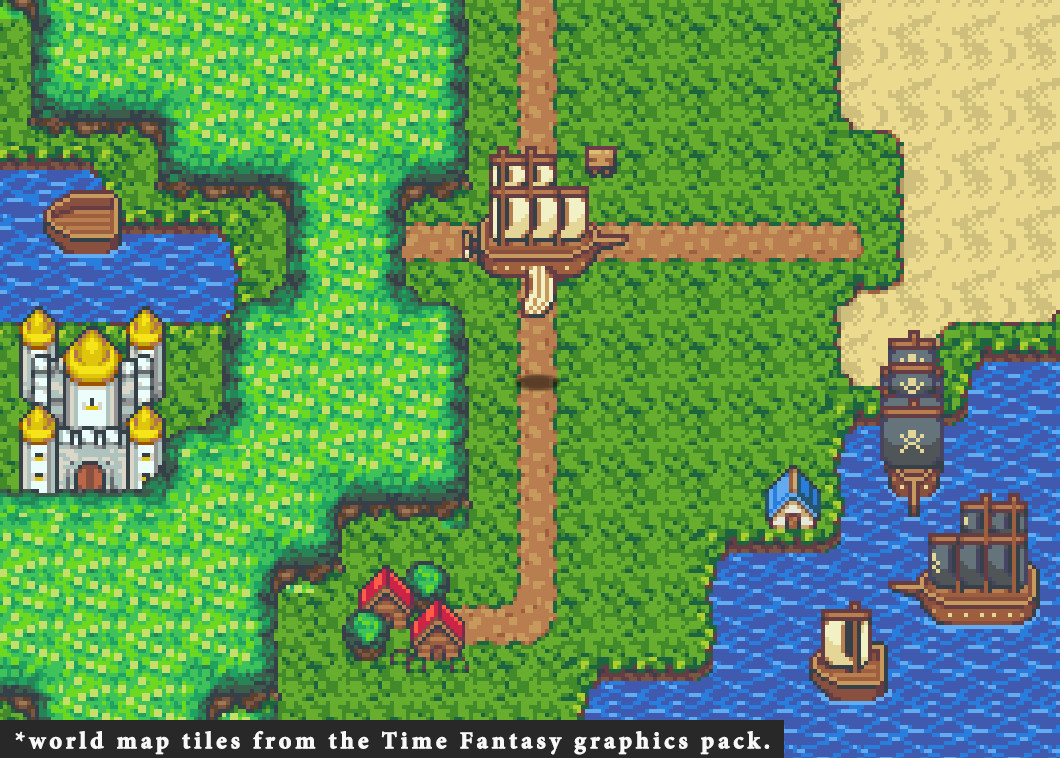 Looks awesome if I could find it, it says installed but its not in the same spot all the other DLC tilesets