Python is an easy and fast language to learn. Its syntax is similar to writing any text in English, but with the power of its main competitors in BackEnd.

Reading and writing is pleasant. Python preaches that code should be written by humans for humans. After all this, the programs will be read by you and the rest of the team. If you write for machines, only machines will understand you. 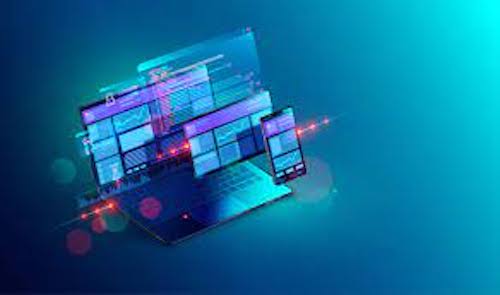 It also comes with "Batteries Included". This means that it has its own package manager, without the need to install external applications. This simplifies installation or update tasks.

Another advantage is that it doesn't need an ecosystem to run like Vangrant, Xampp or Docker. Python only requires Python. Running the command in a terminal will run its own web server, which will start production surprisingly quickly. And as if that weren't enough, it's the second language that is best paid for by companies, behind Rubin.

Where was Python born?

On Christmas Day 1989, a programmer was sent home. His office was going to be closed for several weeks. This 33-year-old man named Guido van Rossum discovered that he only had one device to keep himself entertained before Christmas: a computer.

To kill time, he decided to distract himself by programming an interpreter for a new scripting programming language to use in his spare time. Without much interest, almost formally, he baptized him with a simple name. He was a big fan of Monty Python, so he named it Python. And it was here that one of the most expressive languages and the flagship of Open Source was born.

Among its many and awesome frameworks, we can find Flask and Django (Flask should not to be confused with Adobe Flash).
Django will be the closest thing to Laravel for PHP or Ruby on Rails for Ruby. A complete and efficient framework for developing highly complex web applications with minimal effort. Almost everything you need will probably be integrated.

For highly specialized development or short lead times, we find Flask. Self-written micro framework, but with simple and smart functionality to build any site that comes to mind.
One does not replace the other. It's worth trying them out and seeing their different approaches.

The Python community is one of the healthiest and most active you can find. Users spontaneously organize monthly conversations and free language seminars. Various congresses are held annually. The most popular is known as PyCon. But there are also special groups like Django Girls, a girls' group, to encourage other women to take a step towards learning to code.
Its great community support is due in part to the wide variety of professions that use Python, for uses such as data analysis, artificial intelligence, desktop application development, micro device development, and more. Bookstores continue to grow and are often carefully documented, contributing to a pleasant environment.
Competitors

Its competition is extensive and very experienced. The most notable ones are PHP, Node.js, Ruby Go and Java. Actually, Ruby can be considered a cousin due to their similarities. Both are very balanced, although Python continues to grow from year to year among the most used languages.

Recommendations for a beginner

If you want to start with this interpreted language, and specifically in the web universe, I advise you to try Flask. It is possible to create small projects such as a simple website, REST API, or admin panel.

Soon after, it would be wise to jump into Django and experience the most complete Python experience. Dive into high-density projects like e-commerce, blog or social media. Explore every detail of it, visit the documentation examples, develop high-quality relational databases. You won't be disappointed with Django's ORM (database query manager) or its templating engine.

Its forecast is very good. Versions are consistent and compatible across all platforms. Its creator, Guido van Rossum, is called the “Benevolent Dictator for Life” for allowing the community to make decisions. He left only 4 recommendations:

- Python should be simple, intuitive, and as powerful as its main competitors.

- The project will be open source so everyone can collaborate.

- Code written in Python will be as understandable as any English text.

- Python should be suitable for day-to-day activities, allowing prototyping in a short time frame.

And the community is following them all. Now that you know the risks and benefits, do you dare to cross the border?