SMS vs WhatsApp: The Final Frontier

Offering customer satisfaction has become the biggest goal for every business in today's time. To offer the best customer services, businesses must opt for the best platform to stay connected with their customers. Texting is a far easier way to stay connected with the targeted audiences. It can be either through SMS or WhatsApp. The text message open rate is 98%, therefore it is the best medium that can be adopted by the businesses to connect with their targeted audience, inform them about… 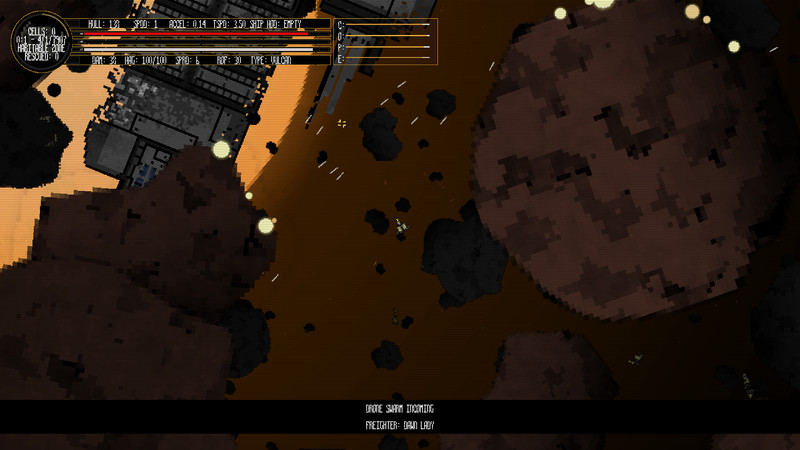 Derelict is a top down, sandbox shooter set in the far distant future.

You have woken up from stasis long after the fall of humanity and must try to survive in this hostile galaxy. Luckily, thousands of years of human colonization have left countless derelict space craft, abandoned space stations and the crumbling remains of human settlements ripe for looting.

Unfortunately the galaxy is not quite dead yet. Genetically modified organisms, hardened for hostile environments, ancient mechanoids with corrupt A.I, rival scavengers, and countless hordes of humans who succumbed to a genocidal nanite plague, infest the dark corners of mankind's broken legacy.

Derelict will not hold your hand. Nor will it take you to A&E and call your mum when you've raided a derelict full of millennia old, raging androids, armed only with a knife. (Okay it will a bit, but only because my testers made me put a tutorial in).

- A wide range of hand crafted and randomly generated environments to explore.
- Dozens of weapons, ships and equipment pieces to loot.
- Multiple difficulties. From rogue light to rogueaaaAAAGH.
- Hordes of enemies to gib.
- NPC's to aid or end.
- Grim Epitaphs. Seek out shrines lamenting your death for phat lewts.
- State of the art 2D graphics with a customisable player character.

The past year has been spent over-hauling the whole game. The Redux update brings the game closer to the original vision for the game.

Message from the Dev...

The game has been a labor of love over the past 4 years since I drunkenly decided to try and make a game, it's been coded and designed in my spare time, and tested by my hardcore group of friends. The aim was to make a top down shooter where you weren't constrained to loading up arena's and just fighting waves, one where you actually felt a part of the world. I hope you like it. 7aa9394dea 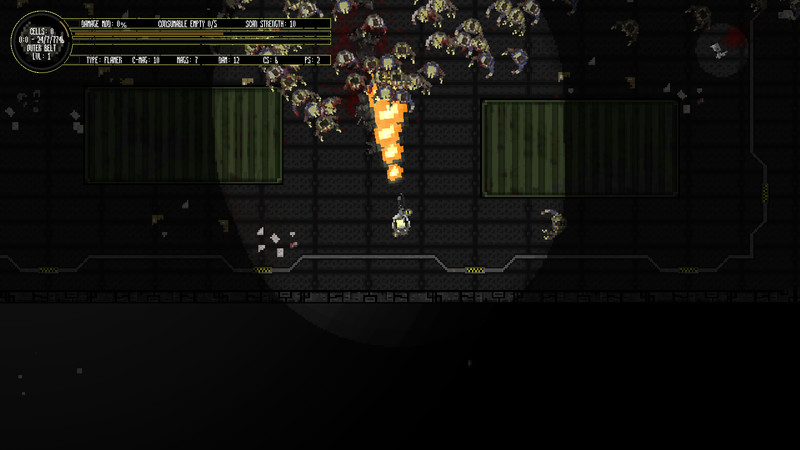 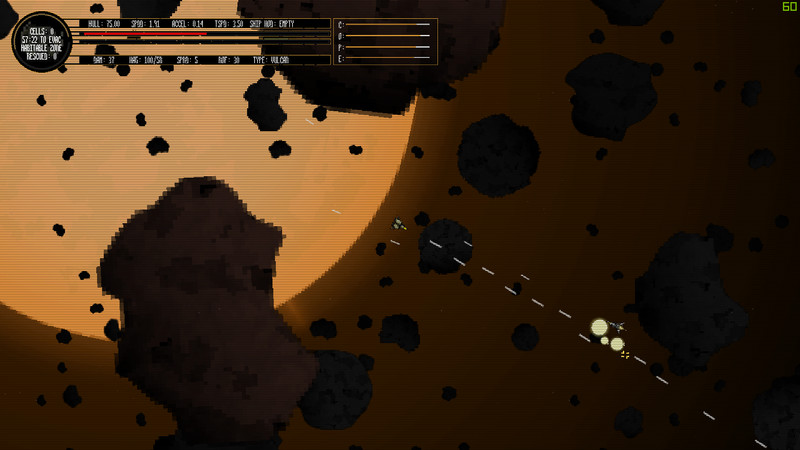 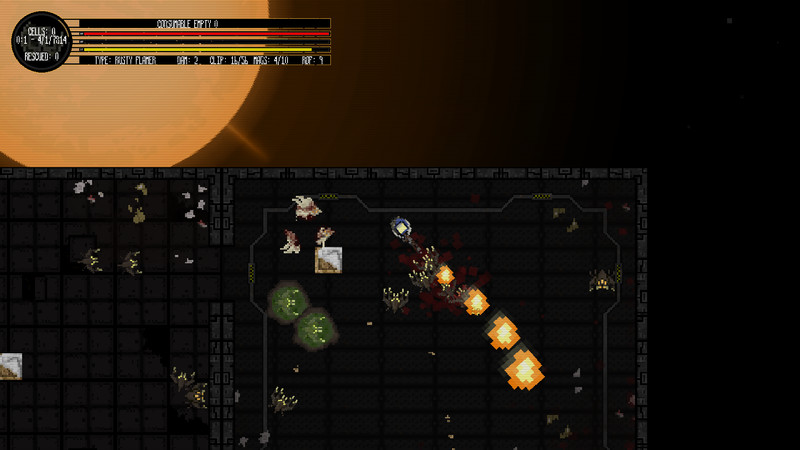 
10\/10, price is a bit high but its a low budget HeatSignature (the game Tom Francis is working on, i recommend you check it out as well)

anyway, like SPAZ (NUMBER 1, NOT 2, ugh 2 is ... not my bag, Really weird SPAZ 2 that is.) it offers frree space exploration, and choice to do what you would like in a free roam environment.

Cons:
1. barely any story
2. price....9.99? for this? cmon. (that seems to be a bad trend among indie developers, but I'm sure Valve recommended the price.. surely)
3. not enough tutorial, not enough guidance, and there really needs to be a better sector map in these kinds of games.


10\/10 because we dont have enough games like it, wish SPAZ 1 would have more games.

EDIT: games is still good. but man does it still need love. The concept is solid as \u2665\u2665\u2665\u2665. We really need more games like this. I swear Im addicted to SPAZ 1 type games.....
if you like this game check out games like CRYPTARK, Space Pirates and Zombies.. Hard as trying to eat a brick wall; if you can't beat it I bet everyone else did.. Once I figured it out, I don't seem to be having much fun. Flying is irrating, and my curiosity doesn't seem to stimulated when exploring these dark ships.. Derelict is game which for the 2 hours I have already played, I enjoyed it. However I have no desire currently to go back and play more because of the lack of things to find in this "universe". The game itself has huge potential but really that's all it is, potential. I am praying for updates to expand what is already here because the concept is solid and what is there already is really good but there just isn't enough to justify buying it at this stage. I wouldn't recommend this yet but I would say to keep this on your radar and check back when hopefully more is added to the game.. The sales pitch is so much better than the actual game.. 25 Minute First Impressions:
An interesting if not extremely early and low-budget game. I like what I have seen so far but it took effort to keep going at the start. You begin the game on a starship that has been adrift in space for an extremely long time and wake-up to the sounds of explosions. You then have to quickly grab some starting weapons that are lying on the floor and attempt to escape the ship.

The 'the ship is disintegrating' effects are poorly executed and the whole first mission is seriously annoying. There are little balls of fire burning everywhere and you have to escape while avoiding them...but you have no idea what the exit looks like. Not only that, but the mission is time sensitive and the instructions are written in tiny distorted pixel letters on the left side of the screen. Anyway, once you realise that the exit is a circular lens-like protuberance (because, of course it is), you flee the stricken ship in a tiny fighter and begin roaming the galaxy.

This is what happened to me:

I cruised around in space for a bit in my new fighter. The game\u2019s space-stage is a \u2018top-down Newtonian drift shooter\u2019 ala \u2018asteroids\u2019, so it was fairly easy to master. I quickly stumbled onto a planet. I landed, exited my ship, and began exploring. Crab aliens attacked me in droves but I gunned them all down easily enough with my shotgun, which seemed to miss randomly. I explored an old abandoned school and a factory, realising only after five minutes that the point of landing was to pick up these small circular fuel and O2...pods; themselves hidden amongst useless boxes and explodable barrels. Many of the crab-aliens were clipped into the wall and were stuck there, making the clearing task that much easier - also, the aliens never attacked unless they had direct line of sight, which made evasion quite easy.

After I had cleared and stripped the area, I reboarded my ship and took to the stars again. I boosted relative north, firing my cannons at space-junk. Just before my O2 ran out (at least, I think the little white bar was my O2) I came across a derelict ship floating in space. I boarded the ship and found that this was a little different than being planet-side - I was floating in an airless environment. So I floated down the corridors, encountered a whole heap of crab aliens again, shot them in zero gravity. I saw a hole in the bulkhead which was full of eyes, decided to avoid it and took refuge in a room. This is when I tackled the inventory system. I still do not know how to use it because, much to my surprise, being in your inventory does not pause the game. I was eaten by crab aliens.

This game has charm and, as they all do, potential. I like the concept and I like what they have done so far. The inventory system needs to be explained, the introductory mission needs to be overhauled, the AI needs epic work and the starting splash-screen needs to be more conventionally laid out. On that last point, it took me a while to even realised there was an options menu and that is not good when you are an indie game trying to make a good first impression. The last thing you want is for everyone to believe that it's such a shell of a game that it has no graphics or audio options.

It's a good early-access game and its first 20 minutes can grab you if you give it a chance beyond the unconventional splash-screen and the horrible introduction. In 20 minutes, I had fun and felt that there was more to come. Hope this review helps!. A dank mix of Hotline Miami and Alien.

This game has mad amounts of potential.

Buy it so the dev can keep up his awesome work!. So far I like the concept of the game and everything you can do I just feel like there is a lot of tweeking that needs to be done. From me getting perma stuck on walls to having no clue were I guess "quests" are and what I am really post to do.

The rogue guns blazing your own man type of game I like it a lot.