However rather than cooking the eggs in a pan and s 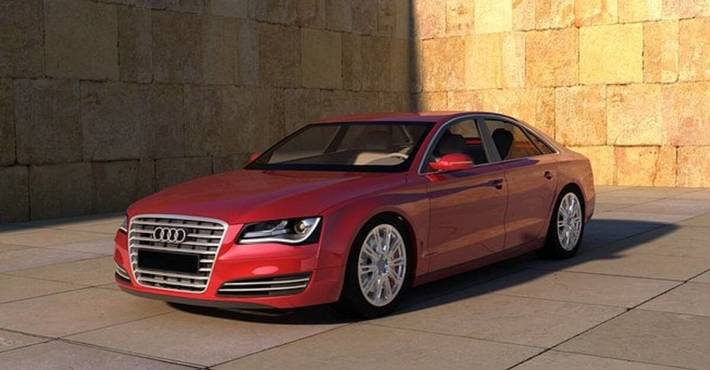 Buying a car is a costly affair. People spend a lot of time looking at various solutions to get the best deal while buying their dream car. If they have found themselves unable to buy a new car, which usually calls for huge investments, they could opt for a second-hand car, which generally comes to a lot cheaper. To find about second hand bolero under 1 lakh,… Continue

Is anti-Semitism essential for the survival and growth of Zionism and Jewish peoplehood?

Unlike any other state around the world, Israel is constantly whining about its international image being tarnished and unfairly sullied. The apartheid entity routinely blames “anti-Semites” for ” seeking constantly to lynch the Jewish state’s image.” Israeli Hasbara (propaganda) doctors would voice all sorts of unreasonable and preposterous “rationales” to explain the utter lack of love for the pariah state among the peoples of the world.

While insisting that Israel’s ugly image suffers due to anti-Semitism, not Israel’s abominable behaviour in occupied Palestine, the professional twisters of truth would eventually invoke the mantra that “boys will always be boys and goys will always be goys”! (goys or goyem is a derogatory Jewish term for non-Jews)

Israel firsters, whose Chutzpah often transcends reality, would never attribute the sullied image of the apartheid entity to its unceasing and unmitigated crimes against the helpless Palestinians. We all know that not a single day passes without a Palestinian boy, child, woman, worker, farmer, doctor, student or journalist getting murdered or maimed by the Gestapo-like Israeli army or the even more murderous paramilitary Jewish settlers all over the Occupied West Bank.

We kill them knowingly
Israeli officials and spokespersons are well aware of the utmost gravity of these crimes. However, they would argue that these crimes, however nefarious and barbarian, should not lead to tarnishing Israel’s image.

Moreover, the Zionists would argue that international critics of Israel’s “actions” are guilty of singling Israel out for their scathing criticisms, while conveniently ignoring other villains on the world’s arena, such as Russia, the Syrian regime, and even the U.S. and its allies who killed and maimed thousands of innocent people in places like Iraq and Afghanistan.

Being hated is essential to being Zionist
Yes, the Zionists do admit, though begrudgingly, that they indulge in all sorts of heinous crimes, including crimes against humanity, against the Palestinians.

Generally speaking, the Zionists don’t claim that these crimes are correct and ethical, although religious Talmudic settlers thugs, such as Ben Gvir and Smotrich, who won recent Israeli elections, would cite numerous quotations from the Torah and Talmud “proving” the utter morality and perfect legitimacy of these crimes, including burning Palestinian kids alive.!

Nonetheless, the Zionists would insist that Israel has the right to defend itself as if self-defence justified an evil military occupation, dehumanizing repression and humiliating apartheid for over half a century. One settler leader from the settlement of Kiryat Arba near Hebron had the audacity to say “if Joshua did exterminate the Canaanites, why can’t we do the same to the Palestinians”?

A little story that speaks volumes
Exposed and demoralized before the entire world, Zionist spokespersons would reveal, often inadvertently, one of the most outrageous aspects of their collective evil mindset. A few days ago, an Israeli right-wing activist wrote in Ynet that Jews can survive only if they are hated by Goyem, but in order to be hated, Jews must indulge in every evil act in order to draw hateful reactions from non-Jews”

I really had thought that perhaps only a small esoteric Jewish cult did indulge in this strange behaviour. But then a friend intimated to me a little secret. He told me a story he said he had heard from his father who died many years ago. According to the friend, when Arab kids in a given Palestinian town were playing near the small local Jewish neighbourhood, the mother of the only Jewish kid who was playing with them, gave the Arab kids some sweets and a few piasters, asking them to hit and curse her own kid!. I remembered this little story when a Zionist settler activist told me during an internet chat recently that “we need to be hated in order to survive as Jews.”

Some audacious rabbis would privately explain such bizarre behaviour by arguing that if Jews found absolute love and acceptance by non-Jews, they would eventually assimilate and perish as a people.

In other words, anti-Semitism is essential for the survival and growth of Zionism and Jewish peoplehood! One Israeli rabbi reportedly argued that if there were no anti-Semitism, it would be the moral and religious duty of the Jews to create “some” anti-Semitism to make Jews feel that they are different”!

Startling Open Secret
This startling open-secret should explain the fact that numerous trumped-up anti-Semitic incidents, including torching synagogues, scrawling anti-Jewish graffiti, and vandalizing Jewish grave headstones are often committed by Jews, not anti-Semites! Just ask Law-enforcement authorities in the U.S. and UK, and they would tell you some shocking stories in this regard.

And, yes, there are numerous rabbis and Talmudic sages who would argue that Jews will not survive and prosper if they were readily accepted and loved by goyem, since such cordiality and friendliness would lead to slackness, integration assimilation and ultimate extinction of Jews. Jews in America are often cited as a classical example. Due to their complete integration into the American society, most American Jews blended completely and thoroughly, melting away into the general fabric of American life, leaving themselves, their children and their grandchildren only nominally Jewish.

In light, Jews must accordingly show off their brutal ugliness and evilness to Goyem in order to generate a certain amount of anti-Semitism which would be highly beneficial, useful and even vital for Jewish survival and growth.

There is absolutely no doubt that Israel’s 75-year-old ongoing holocaust against the Palestinians can be explained, at least in part, in light of this criminal mentality, which actually constitutes a creed and ideology for millions of Zionist Jews.

Some readers, stunned by the utter shamelessness and diabolic oddity of this mentality might be prompted to think that the author of this article is perhaps exaggerating and blowing things out of proportion.

But there is no exaggeration here. I remember the late American Jewish author Alfred Lilienthal quoting a Zionist rabbi in his masterpiece-book, the Zionist Connection, as saying that “a little anti-Semitism is always useful since it reminds us of who we are.”!

Chasing the Mirage of the desert
Today, Israel and its tails, mouthpieces and allies in the U.S. and some European countries are fighting an anti-Semitism that doesn’t really exist except in the sick mindsets of Zionist leaders. Thus, every legitimate criticism of the brutal Israeli occupation, including the apartheid regime in the West Bank, is twisted to imply hated for Jews.

The Zionists would argue cunningly and tendentiously that opposing Israel is opposing Jewish self-determination. They conveniently ignore the fact that Israel’s right to exist is inextricably entwined with Palestine’s right to exist and the Palestinians’ right to self-determination. And. Yes, Israel has no right to exist as a criminal entity, practising open-ended occupation and apartheid and indulging in all forms of repression and savagery against a people whose only “crime” is nothing other than being non-members in the “chosen-tribe club” So, let the Zionists chase the mirage of the desert for as long as they wish.

In the final analysis, humanity is under no legal or moral obligation to accept, condone or tolerate Jewish apartheid in Palestine than it was to accept the apartheid of the former White supremacist regime in South Africa. Meanwhile, the Zionists may seek to vent their endless frustration at humanity by threatening to unleash their stale scarecrow of anti-Semitism in the face of critics. It is too late for them. The peoples of the world have already wakened up. The magic has been annulled! and we will continue to tell the truth about the evil entity even if telling the truth is perceived as anti-Semitic