Earlier this summer my local gym opened back up again and, being fully vaccinated, I felt comfortable working out indoors again.

I turned to road cactus jack running for exercise during the pandemic, so it was good to be back in the weight room for something a little different to shed some quarantine pounds and get my blood pumping again.

It wasn’t look before I was back to looking at people’s footwear between sets, because that’s what sneakerheads do right? Check out what everyone else is rocking.

And there was a brand that I’ve been seeing over and over that I couldn’t quite put my finger on, one with a funky midsole that looked like waves or clouds.

I did some investigating and found out that that brand is On Running.

Founded more than decade ago in Zurich, Switzerland, On was brought to life by three friends who loved to run. 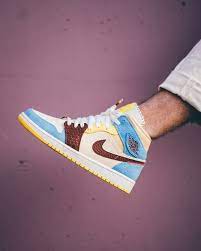 Three-time world duathlon champion Olivier Bernhard was set on finding the perfect running shoe, and ended up joining forces with a Swiss engineer who had a new concept for pounding the pavement.

It took a few rounds of prototypes and some engineering experimentation, but in 2010 On Running was born.

Runners who tested the final models frequently said they felt as though they were “running on clouds.” Mission accomplished.

That’s probably why that wavy midsole is called CloudTecⓇ. It features cushioning models that respond individually and together to absorb impact and provide explosive take-off.

On shoe models also feature what the company calls the Speedboard, a plate of thermoplastic polymer that sits between the upper and midsole cactus jack that helps absorb and redistribute footfall energy back into takeoff.

If you’re intrigued, you don’t have to wait long. A range of On Running shoes is set to drop online