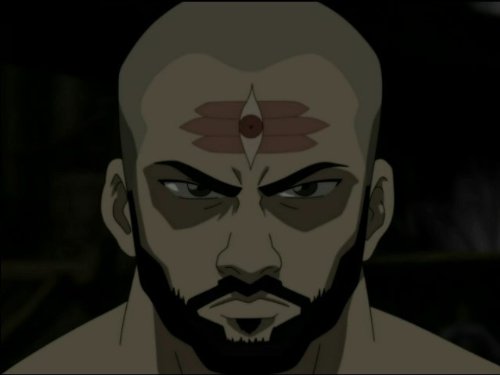 On a forced vacation, Zuko, Azula, Ty Lee and Mai try to blend in with normal teenagers and learn about themselves and one another. Aang and company are attacked by an ominous assassin.
Episode 5 of the Avatar: The Last Airbender, series 3 Book of Fire. Shows the 4 antagonists (Ty Lee, Mai, Azula, Zuko), on a forced holiday to a beach island called Ember Island. Where this episode shines is that it gives the audience the an understanding of who and what the antagonists are. Where the series has focuses on the protagonists, it gives the audience depth to the antagonist's' characters. What has made the characters the way they are. It seems slightly slow at first, the protagonists run into a hit-man from hell which can blow things up with his mind (better than it sounds). Not the best episode in my opinion, but the touching and insightful scene at the end gives it a 7 out of 10.
Watching "The Beach" made me feel like I was back in time 7 years ago, watching a dumb My Scene beach bash movie (without the annoyingly memorable song). I've been giving the Avatar TV series a try, and I can say that I've gotten some enjoyment out of my pains. But this episode made me forget all the good episodes. It was like the writers decided to take a day off and asked Nickelodeon watchers to come up with the funniest episode they could think of and then vote on the best one. The basic "plot" of The Beach is that Azula and her gang with Zuko are exiled for a few days to Ember Island, where they try to enjoy themselves. The girls all flirt, Mai and Zuko kiss way too many times (further emphasising the lack of plot), Zuko decides he's emo, and they all discover they don't fit in. So they have a rant fest on the beach, which is obviously supposed to flesh out these villains. In the case of Ty Lee, Mai, and Azula, it almost works. In Zuko's case, it makes him more unlikeable than he's been since Book 1. After their therapy session, they decide that it would help them all to bond if they went and broke up a party. Literally. So, they go and burn and break and bond. And we're supposed to like them better from this episode.

In Book 2, I thought Cave of the Two Lovers was the worst possible Avatar chapter. But the mindlessness of "The Beach" trumps even the overload of poorly written hippie songs and the most contrived kiss I've ever seen. I sincerely hope there's no chapter worse than "The Beach" yet to come.