How to Sell My Atlanta, Georgia House Fast

https://atlantajoehomebuyer.com/ - You might be struggling to sell your Atlanta, Georgia area house, or you’ve been asking yourself the question, "how can I get rid of my house fast? What’s the easiest way to get rid of this property?" Don't worry about your home's condition and don’t worry about your own…

The Costa Blanca - More When compared to a Tourist Trap

Spain, as a tourist destination, provides the traveler a location with some of the very most diverse outdoor pursuits. Not only you going to be almost guaranteed to possess great weather, the people listed below are fantastic, and the topography itself lends to this diverse outdoor culture. Finished that really sticks out in my experience in Spain is the amount of different mountain landscapes which are here. The Costa Blanca is a location with this particular secret side to it that nobody…

How To Pick The Most easily of use Home Locks

Most of us know that a local Towson locksmith may support you with companies such as for example like secure re crucial, house important chopping and protected modify, but did you know your town locksmith also can allow you to with ignition critical replacement.The not enough an ignition crucial or a damaged ignition essential can definitely be considered a significant difficulty especially in these times when several vehicle tips are transponder secrets with a model inside. You might first…

ExamDumps.co is only trusted platform… 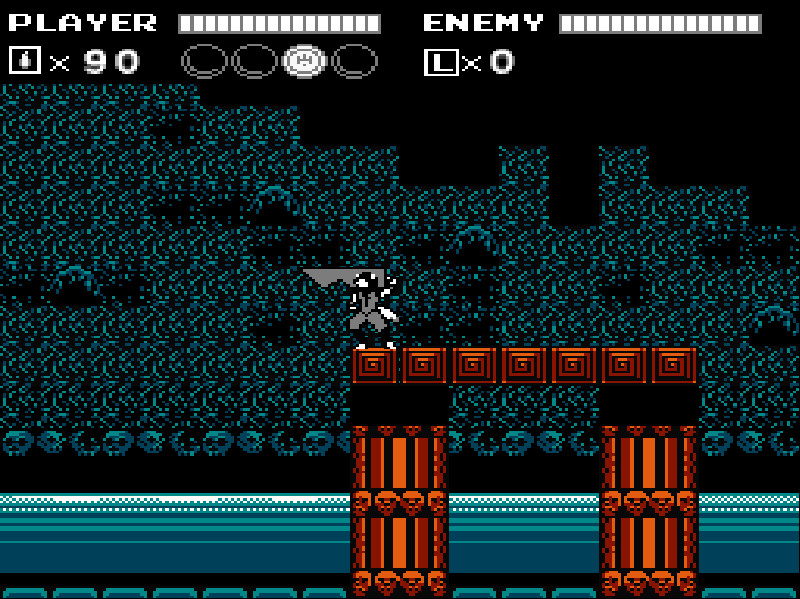 Lament, an NES styled Action-Platformer about a wolf with a buster sword!

Inspired mostly by Castlevania and Ninja Gaiden on the NES. Swing your way through countless enemies
and try to restore the cursed sword to its former glory! 7aa9394dea 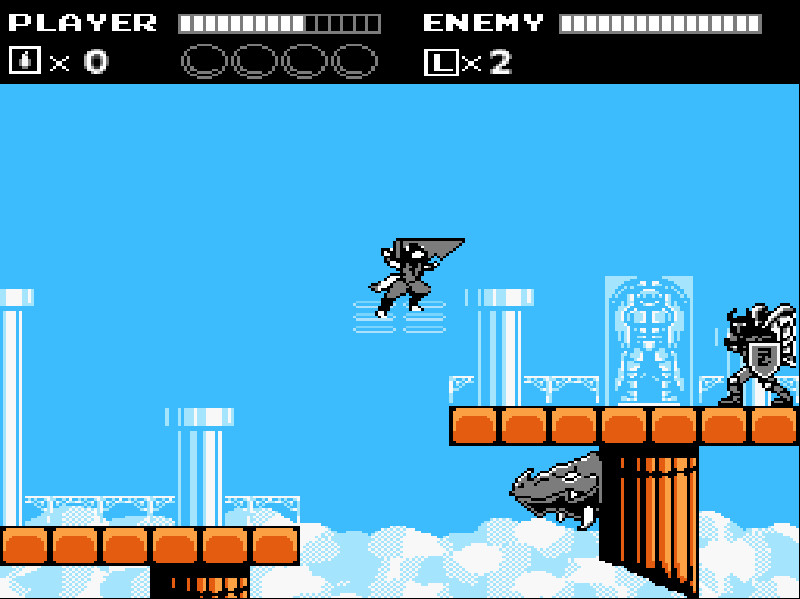 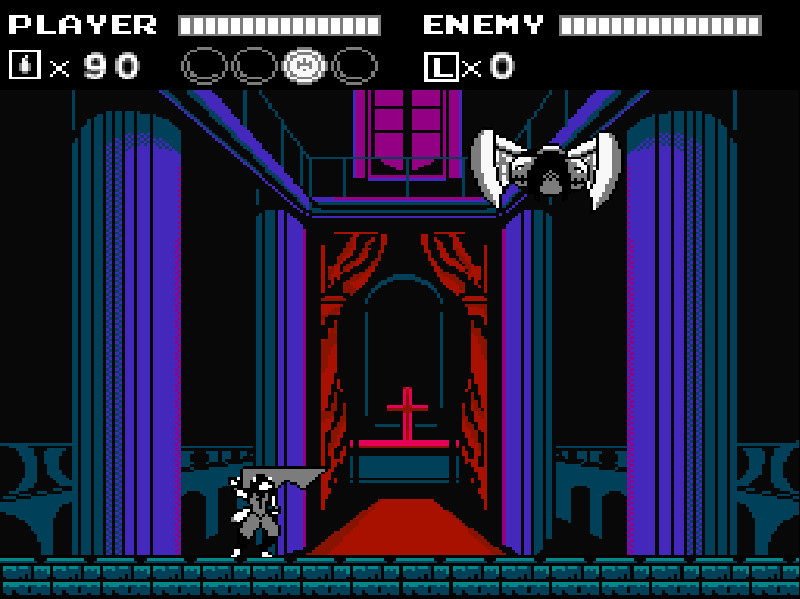 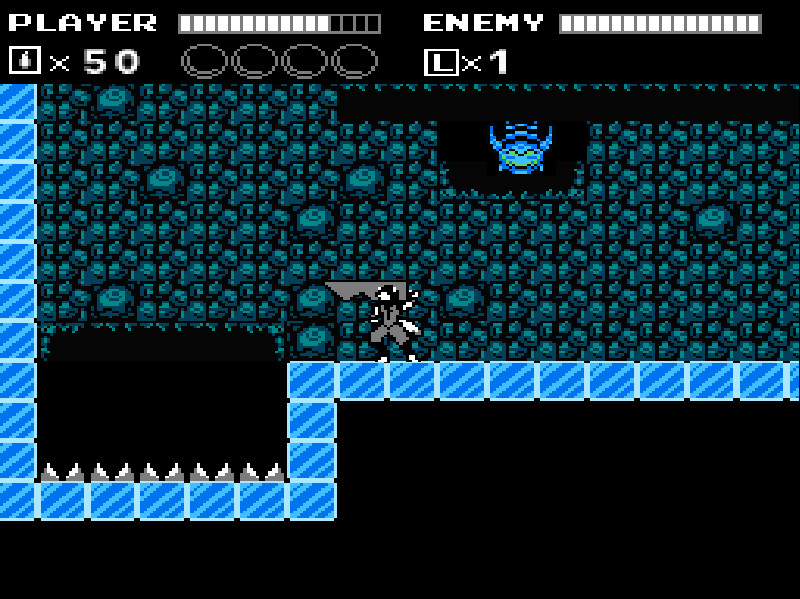 Ninja Gaiden-esque. I first found this game on itch.io. I have to admit, I rage quit at some point and had trouble getting back into it but I did really enjoy it up until I rage quit.. Got to mention it, since it'll probably be the sole reason as to whether or not you would want to buy this game. It's very short and doesn't seem to have much replay value over all for something that is 5 dollars. My first run blind took around 30 minutes and I did another run to see if my presumption would be correct, which it was close to, takes about 20 minutes or less.

Unless you plan on doing some niche speedruns of this game, it isn't gonna do anything special for you. Most of what the game's design is to try and knock you into death of some sort, whether it's spikes or a bottomless pit. Otherwise since you have not much else to fear, every other area comes off very tame when it isn't doing this. Enemies just aren't doing anything much themselves to be really threating.

Bosses tend to go this route as well. You may take a hit here or there, but they really don't stand much of a chance against you. One of the bosses seemed honestly confusing to me at first till I just used everything I had which allowed me to damage said boss. This one in particular is probably the best designed with a decent challenge to it. The final boss ends up spamming so much crap I just spam back into him and since I have IFrames and he doesn't, ya, he doesn't win.

Blocking can be a bit overpowered at times since you can block while jumping, which makes you immune to most projectiles. Dashing is a bit off since while it says it requires a double press of the direction, it will also work off of left to right, so you can end up doing things you don't mean to. The models hitboxes are kinda off a little bit, but unless you really get close to it, which isn't necessary, it doesn't really become much of an issue. Tends to be more towards red skeletons and jumping down close to the knights.

You probably won't be buying this game for the story, so don't worry, because it isn't trying to do much for it as well. You pretty much go whichever level you choose and get nothing until you finish the game. Meh.

I'd honestly choose to not recommend this game just based on its length and overall gameplay. It's not difficult enough to warrant any real satisfaction after beating it and would more then likely come off frustrating if you happen to get instadeathed too much. Enemies don't do anything else without being paired with some sort of instakill and a majority of bosses don't require much strategy.. Ninja Gaiden-esque. I first found this game on itch.io. I have to admit, I rage quit at some point and had trouble getting back into it but I did really enjoy it up until I rage quit.. The best part about this game is the "box art".

In Lament, you play as a werewoof with a giant sword who is tasked with restoring your cursed sword to its former glory. The visuals are heavily inspired by 8-bit games of yore such as Castlevania. The backgrounds are surprisingly detailed and the music was well composed. In fact, this game bears a striking resemblance to a certain bloodstained game that I forgot to review. I was going to make a joke about flat-out theft but this game came out a year ago...hmmm. You play through five varied levels with a boss fight at the end with obtainable powerups throughout the first four stages that will give you ability to become an unstoppable demon slayer. Don't forget the rabbits, you need to eat them in order to keep your health up. I never thought I'd say that especially since the past six games I played had rabbit protagonists. Brutal. This game would be perfect if it wasn't for a couple of teeny, tiny, little hiccups...

For starters, without screenshots I couldn't tell you the names of ANY of the stages. For some reason the font combined with the backgrounds and the quick display make the words almost impossible to read. The rabbit health power-up that you eat for health is pretty neat but it can go through walls for some reason and that is a bit bothersome. Also, there is an ice level, or at least, there are ice blocks that have no ice physics whatsoever. So...why make them ice? On some instances if you hug a wall and land on the ground you can't attack. Even the pause button punishes you for using it. When you pause, or at least when I paused, I couldn't immediately unpause. I almost reset my game because I thought the game was corrupted. There is no damage invincibilty so you could potentially kiss your health bar goodbye in a fairly quick fashion if you're unlucky. Sans the bosses, there are about five or six different enemies. They are sparingly but strategically placed in the sense that they are purposely placed by hazards...but why, though? Well, the reason is because of the knockback. The knockback is HORRIFIC and creates a false sense of difficulty. This "difficulty" will be the reason for your many deaths because without it, this game could be completed in about 20 minutes. To me, this doesn't equal a fair, well-balanced challenge but teeters close to bad game design. In some instances, the knockback will hit you so hard, you'll end up landing in the prequel. It's that bad. Now you'll probably think that's the worst part but it isn't. The biggest sin is the lack of information. The description that I gave you in the positives section was ripped straight out of the creators description. You get no context of the game's story, as far as I know and when I beat the game; it was over in less than five seconds. I have no idea what I saw so I'm going to have to beat the game again. I know the werewoof howled. I don't know why, though. What is the protaganists name? I have no \u2665\u2665\u2665\u2665ing idea so I'm going to call him Ryu Belmont Strife Blue Crescent Moon because no reason whatsoever. There is no save feature and that is unnacceptable. You need to beat the game in one sitting and there aren't many people that can do that especially when you consider that newer generations are considering Cuphead and Contra to be super hard. Give me a break. When you kill an enemy...what the hell are you collecting? I know that when you get a hundred you get an extra life but what the hell is it? Skin flakes? Corn flakes? Soul shards? Buyers Remorse? My fathers affection? Reparations? WHAT THE \u2665\u2665\u2665\u2665 IS ANYTHING, ANYMORE? Is this a theory game? Is it a metaphor? Where's MatPat? There are so many questions...I have so many questions...

Is the game worth a dollar? Yeah, I think so. Despite everything I wrote the only thing that I really find to be poorly implemented is the knockback. Once you get past that it really isn't much different from a watered-down, slightly Kaizo Ninja Gaiden. Buy the game and...save the world? Uncurse your sword? Get rid of your fleas? I dunno, can somone tell me what this game is about? Did I dream this? No, there would be far more nudity if I did.... This game is unplayable man... The movement to the sides is not ok, it stops for no reason, it's like 3 steps, stop,2 steps, stop, and the detection on the colliders for the things enemies throw at you (when you try to hit them back) works just like running, it works, now it doesnt. Not cool.... Lament is, in my opinion, one of the best throwback games I've played. If you love Ninja Gaiden and Castlevania trilogies, you'll love Lament! It is a lot easier than those series but its still challenging. It has some issues when it comes to polish, and the boss patterns are simple(so were the previously mentioned games' bosses) but it succeeds with pure fun factor. Control is perfectly spot on (recommend a gamepad), graphics are appealing and detailed, music is suitably epic and bizarre but the progression system is whats most interesting.

At first you're running, wall jumping and slashing your sword. At each stage's halfway point you grab a permanent powerup (like Megaman without a boss fight). The rest of the stage is then tailored towards that power up in order to get you used to it. Since each stage (minus the final) is selectable from the start, you can come up with many different playthroughs grabbing specific powerups in order, and it keeps replaying the game really fresh. I can see this being a great speedrun game! Like I said, the pwoerups (dash, block, shooting and heavy attack) are permanent, so you go from a pathetic whimp to a powerful badass and it feels great!

I plan on more playthroughs. It's short- 40 minutes on my first playthrough, but coming up with neworders of playing the stages for the powerups will keep me coming back. Even if I just want to relax and play a game, it's simple and pick up n play friendly. All in all, a great game that could be expanded on in a sequel. If you plan on replaying the game a lot, it's definitely worth the money, but if you're a one and done type of player, you'll probably be dissapointed. Awesome game!